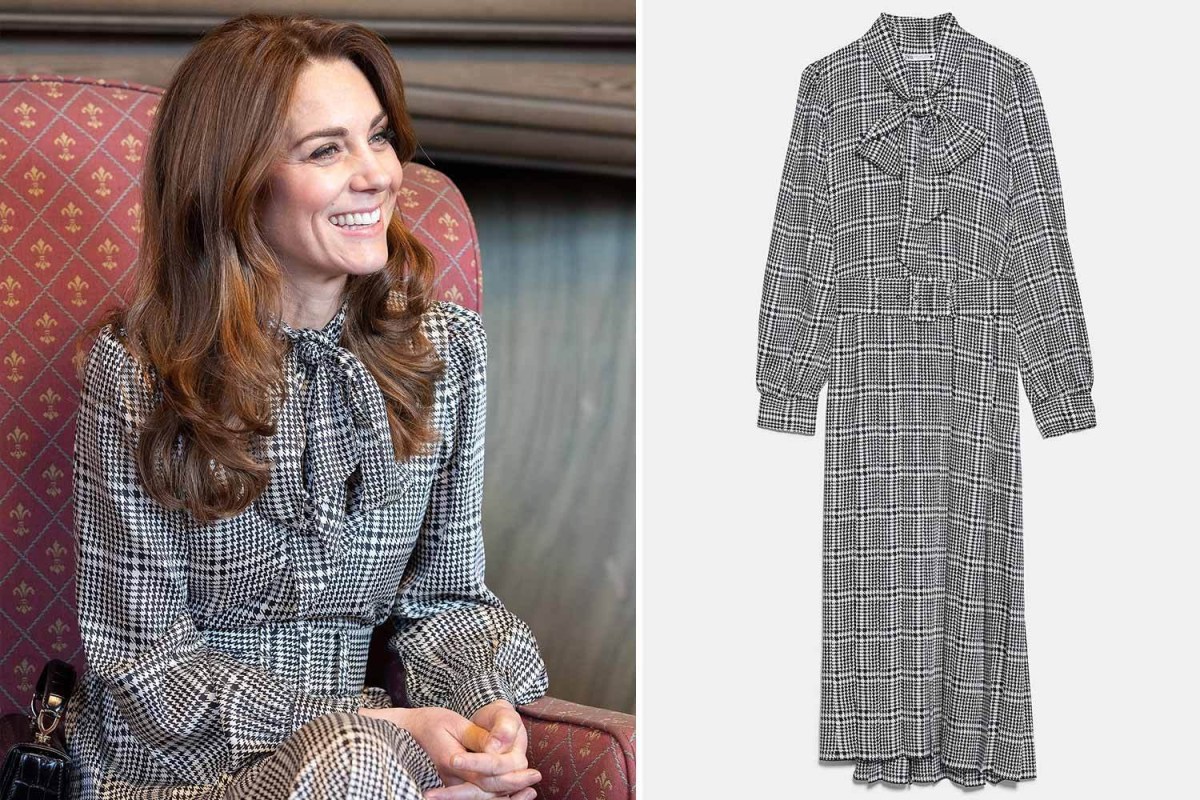 PROVEN that the “Kate effect” is still in effect, the black and white Zara dress worn by the Duchess today sold out in just three hours.

The Duchess of Cambridge, 38, looked stunning in Bradford today in a long dark green McQueen coat, with the £ 15.99 dress underneath.

And with its affordability, the dress was quick to fly off the shelves and is now completely out of stock on Zara’s website in all sizes.

Initially priced at £ 89.99, the dress is a real steal for anyone who has been able to get their hands on it has gotten a good deal.

It’s no surprise that the dress has seen a surge in sales, with the Duchess continually demonstrating her selling power.

The ‘Kate Effect’ sees labels seeing increased sales, typically after the mother of three is pictured wearing her clothes and accessories for royal engagements.

The Zara dress wasn’t the only bargain piece the royal mother opted for today, accessorized with a pair of £ 6 dangling earrings from Pakistani designer Zeen, which she had previously been photographed wearing in October.

She mixed her high street with her high end with her McQueen coat and was also seen carrying a black £ 495 Aspinal bag.

The Duke and Duchess of Cambridge showed courage this morning after a tumultuous week in which the Sussexes announced they were resigning and moving to Canada.

Kate was pictured tense on Monday before Prince William was locked in crisis talks with his brother and the Queen on Monday.

The couple cheerfully waved to the crowd, enthusiastically shouting greetings, as Prince William happily dubbed a section the “noisy corner”.

All questions posed by supporters about Prince Harry and Meghan Markle have reportedly been ignored.

The couple moved from outside Town Hall to MyLahore, a curry house that does a lot of charitable work in the community, where they immediately found themselves stuck in the making of lassis.

In other royal news, we shared how Kate was “very nervous” about staring in Mary Berry’s Christmas special, the cook reveals.

The Christmas documentary also revealed that Kate was a terrible waitress in college.

Meanwhile, a former royal chef has revealed exactly what it is like to work in the kitchens at Buckingham Palace and the types of foods the Queen wishes to avoid.

It’s Princess Zara! No, not Anne’s daughter, but Kate Middleton – who loves the High Street store